Admit when you are wrong

Recently I heard another tale of woe involving the failure to admit being wrong. This man followed a familiar path.

As a day trader in the E-mini S&P 500, he first contacted me to tell me that he was unhappy with the data he was receiving.

He wanted to know if I could recommend a good trading program for him. I mentioned a couple of them to him and he decided on one.

Another interval of time went by and he contacted me again. This time it was because he was dissatisfied with his computer. His hardware just wasn't fast enough. Could I recommend a good computer for him. If he had a good computer like other people had, he would be able to turn his current losers into winners – or so he thought.

A month or two went by and he contacted me to tell me that he liked the new software, but he was still losing. He wanted to know if I could recommend a new broker for him. He was sure that if he changed brokers his luck(?) would change. I complied with his wishes and gave him the names of a broker he might like to try.

There was another period of time before I heard from him again. When I did, he complained that there were too many distractions at his house. He said he was looking for office space. He asked if I had any students in his area that might be willing to share office facilities with him.

I hope those of you in his area will appreciate the fact that I did not sic this character on any of you. I had to politely tell him that our customer files are confidential and that if anyone wanted his name, address, or telephone number we would extend the same courtesy to him of not revealing such information.

The next time I heard from him was when he called to ask for my assistance with a trade. I told him that I do not mind answering questions about the content of my books. Nor do I mind answering questions about brokerage, equipment, data feeds, etc. But I am not licensed to answer questions directly related to a trade, to a trading strategy, or to appear in any way to be involved in the management of an account.

A month later I received another email from him. He sent me a chart indicating a trade he was contemplating. He wanted me to email him back an answer. The only answer I sent back was that I cannot legally be involved in any trade he was making or about to make

He wrote to tell me that by emailing a chart he thought it would be okay if I told him what to do. He said that by not emailing him back an immediate answer, I had caused him to lose on the trade.

Isn’t it amazing how some people refuse to take responsibility for their actions? In the business of trading, you and you alone are responsible for your actions. It seems so strange to me that some traders want to blame their losses on someone or something else, yet from time to time they contact us at Trading Educators. 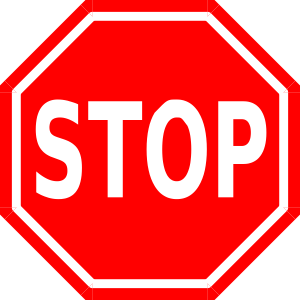