Not creating a trading plan, or creating one and then not following it are two of the most common.

Some ways to self-defeat are deep seated; they lurk at the back of your mind and work behind the scenes. These are often self-image problems that can rise from as far back as early childhood: Problems long forgotten which can only surface through deep self introspection. The deep-seated problems can be unwittingly sabotaging your own efforts to trade profitably and consistently.

I have found that many traders are conscious of how they ruin their own trading efforts. In the back of their mind they know what they are doing wrong, but they are too eager to make the money to stop long enough to correct the problem.

The common way is to trade by the seat of your pants. Rather than clearly specifying a trading plan and following it, get rich quick traders often make up their plan as they go along. What usually happens is that they have no clear idea of when to enter, exit, or what to do when market conditions don't meet their expectations. Without at least a general idea of what to do, you are likely to panic at key moments of trading and act impulsively. When traders come to me for private tutoring it is not uncommon to hear them say, "I don't know what it is, but I can't stick with my trading plan." The usual explanation, however, is that the trader has not actually planned the trade; the "trading plan" is merely a vague, undefined idea of what to do, rather than a clearly specified plan that can be easily followed. Clearly specifying a trading plan that provides a clear road-map is the best weapon against self-destruction.

Traders also sabotage themselves by failing to control risk. They trade with too little capital, or they risk too much capital on a single trade. If they lose on the trade they receive a significant shock to their account balance as well as to their mental and emotional state. Whether or not they win is not the only relevant issue. Simply knowing that you are taking an enormous risk carries a heavy mental and emotional toll. The best way to avoid this problem is to carefully manage risk and lessen the potential negative impact of a losing trade. When you truly believe that you have little to lose on a single trade, you'll feel more at ease, and you'll be less likely to make mistakes under the strain.

Trading can be very stressful. The end result of your trading can be quite important to your ego—your self-image. Many traders find it hard to face the possibilities of losing and consequently they avoid doing so. Instead, they keep pushing, trying to trade in the face of adversity. Believe it or not, in private trading sessions, I find that many traders are confused, distraught and secretly wanting to make a mistake. If the solution to the problem isn't obvious, they may secretly wish to call out for help out of desperation but their egos won’t allow them to do it easily.

What may happen next is that the trader may address the problem indirectly and unconsciously by making a few trading mistakes so that he or she has an excuse to take a break from trading for a while. Yes, I have seen traders unconsciously push into trades where they are almost certain to lose, in order to give themselves an excuse to stop trading. It's better to take a break before the problem manifests itself as self-destructive behavior, but few traders are willing to stop long enough to make the effort of self-examination. I am convinced they are afraid of what they will find.

If you seem confused and overly stressed, it could be a sign that you're close to the breaking point. It's vital at that point to take a long rest. Stand aside, spend some time alone and make sure that you have realistic long-term objectives and that you know how to achieve them. Learn how to examine yourself. Bring out the hidden personality quirks, face them and deal with them. Study the markets so that you know your long-term plans are realistic. Make sure you have sufficient capital. Do not entertain wrong expectations. I cannot tell you how many times traders show up at my door thinking they are going to make hundreds of percentages on their trading accounts once they learn to trade. I have known hundreds of professional traders, the ones who have “made it!” They tell me they make 3% - 6% a month on their trading accounts. This is a far cry from the hype and lies you will see advertised as potential trading results. But it is a lot better than most businesses make as a return on their investments. 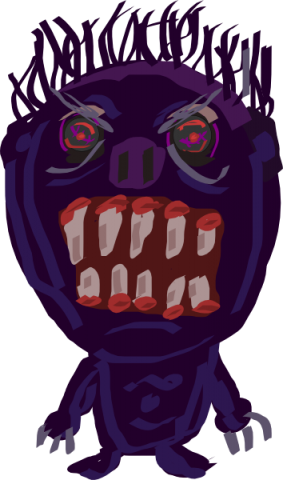 Is learning the trading business like learning any other business?

Focus on the Obvious