How did Ambush make it through the BREXIT?

FYI: Get 20% off Ambush through July 13th. Simply enter the coupon code ambush20 when you check out.

No doubt, the decision if or if not one should trade through the BREXIT-event and on which days was not an easy one for traders. But like most of the time, the answer at least in hindsight for Ambush traders was a clear "Yes". I personally didn't have any positions on going into the BREXIT-day itself as I was worried to maybe find me in markets where I might not find much liquidity, daily limits getting hit and so on. During the event itself I was quite surprised that even though the worst case (BREXIT yes) hit the markets, liquidity even in the GBP related markets was really good considering the situation. So in hindsight I was wrong and should have just traded as usual but still I'll probably make the same choice again.

Still some Ambush traders were brave enough to trade as usual and got well rewarded for doing so. The BREXIT day turned out to be the highest performance day of the year so far!

To keep things simple, all Future markets are included: 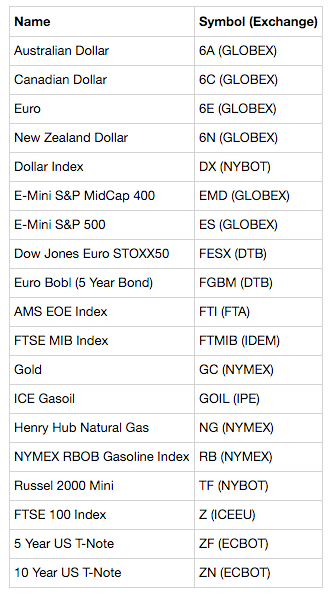 Here's the performance in R (1R = 1 x Daily ATR(5)) during the last quarter. Now the days before the BREXIT Ambush got into a drawdown, but during and after it, all of that was easily made back, pushing Ambush to new equity highs for the year. 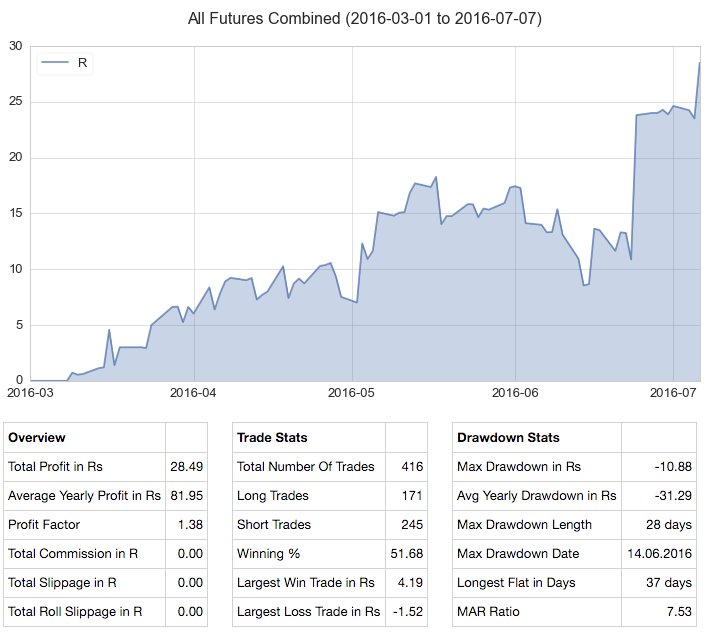 Here's the performance in R per symbol. The big winners are the EMD and ES which performed extremely well during the BREXIT. FESX on the other side of the extreme didn't, a good example of why diversification is so important. You never know who the best/worst performers will be! 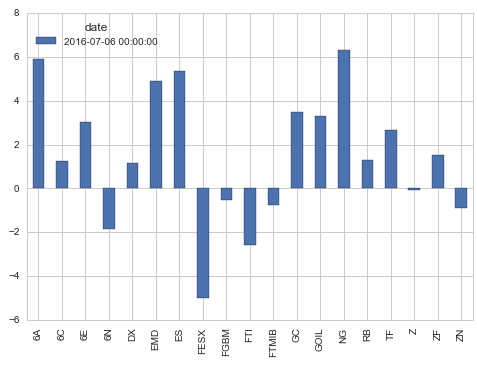 Looking at the Trades distribution (each dot is one trade, green=winners, red=losers) we can see that during the BREXIT Ambush got some extreme winners and luckily no losers. 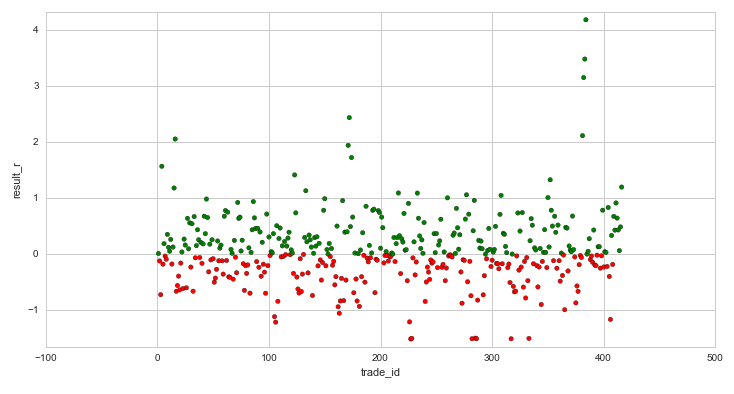 Now here's the performance in USD (non USD markets are not currency converted, so 1 GBP=USD and it's assumed one contract is traded for each of the symbols, despite the fact that some of them move 5x as much in USD on a daily basis. So I'd suggest you simply ignore these USD based reports, I've simply included them for those who for reasons that are incomprehensible to me would otherwise ask me for them). The reason why the equity curve here looks so much better is completely due to luck. The big contracts did much better during this period, that's all. 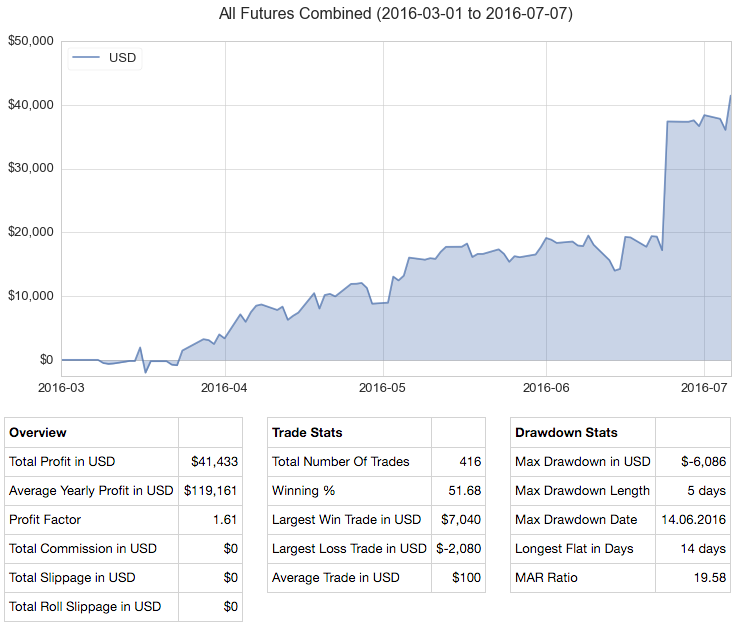 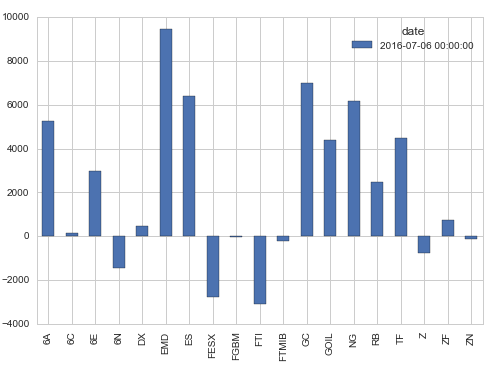 More posts from author
Thursday, 11 June 2020 5 Tips on How to Deal with Drawdowns
Thursday, 30 April 2020 How much to risk per trade
Thursday, 23 April 2020 Some people seem to like to lose, so they win by losing money

Drawdown is the norm, not the exception